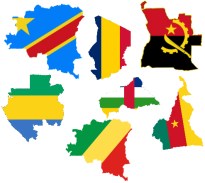 For Central African universities and higher education institutions to be hubs of excellence and prime movers for community development, there has to be a systematic educational design that is relevant to African societies, particularly in the field of agriculture, through which the majority of African families support their livelihoods. Central African universities and the higher education system need to be reinvented in ways that equip graduates with the right skills to trigger innovation, societal development, economic growth and competitiveness.

Without reshaping the discourse and creating transformation concerning Central African universities and higher education (enriched by innovative thinking), the Central African region will be less likely to leverage its economic growth path into a prosperous future. A qualitative change in the goals, functions and structure of the university is needed. A more balanced and strategic approach to human capital development is sought in an effort to boost the prospects for economic growth in Africa.